December 29, 2011 11:24 am
Drugs in Sports – Then, Now, and Beyond
Lifelong Exercising Yields Sensational Results
Titus Talks
Share on FacebookShare on TwitterShare on LinkedinShare on Pinterest 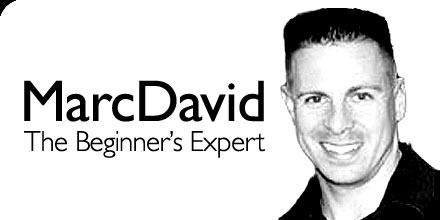 Creatine is naturally produced in the human body from amino acids primarily in the kidney and liver. It is transported in the blood for use by muscles. Approximately 95% of the human body’s total creatine is located in skeletal muscle.
Creatine is not an essential nutrient, as it is manufactured in the human body from L-arginine, glycine, and L-methionine.
In humans and animals, approximately half of stored creatine originates from food (mainly from meat). A study, involving 18 vegetarians and 24 non-vegetarians, on the effect of creatine in vegetarians showed that total creatine was significantly lower than in non-vegetarians.

Since vegetables do not represent the primary source of creatine, vegetarians can be expected to show lower levels of directly derived muscle creatine. However, the subjects happened to show the same levels after using supplements.[6] Given the fact that creatine can be synthesized from the above mentioned amino acids, protein sources rich in these amino acids can be expected to provide adequate capability of native biosynthesis in the human body.

The Effects of Creatine on a Bodybuilder’s Physique

Creatine, arguably the most powerful, legal, sports supplement on the market for over a decade, is not much more than a combination of amino acids. Creatine was not invented by any supplement company it was discovered in 1835 by a French scientist and philosopher named Michel-EugèneChevreul.

While there are many benefits to Creatine beyond exercise (brain, heart, the body’s production of growth hormone, anti-aging effects, fatigue, muscle atrophy, Parkinson’s disease and more) many bodybuilders look for the immediate physical results of this dietary sports supplement. Let’s take a look at the effects of Creatine on a bodybuilder’s physique.

Why Creatine “Makes” Your Muscles Bigger

Because of Muscle Volumizing, the effect of Creatine on a bodybuilder’s physique can increase body weight by 1-3 kilograms (2-7 pounds) during the first week of supplementation alone! This is the weight gain most commonly associated with Creatine supplementation. It’s not actual muscle being built at this point but water in the muscles that is stored. During a Creatine cycle, you might feel more pumped and full because of this process.

The Simple Explanation of How Creatine Builds Muscle

With over 300 peer reviewed published scientific studies, Creatine supplementation has been shown to promote the growth of lean muscle (thru an increase in exercise intensity, recovery and increased protein synthesis). Without a doubt, the increase in work because of the available energy is responsible for an increase in intensity and work which leads to more lean muscle mass. As mentioned above, muscle volumizing helps contribute to the noticeable lean muscle mass. Because muscle has a higher metabolic rate than fat, it burns more calories at rest. By increasing muscle mass, you will burn more calories and make it harder for your body to gain body fat. Creatine supplementation is an excellent way to help promote lean muscle mass which will help burn more fat.

I’m sure by now that you are well aware of the popular sports supplement called Creatine. What you may not be aware of is how Creatine supplements effect muscle growth.

Let’s start by looking at the most basic requirement of building muscle. It’s called exercise. What’s needed for exercise is energy. Energy is simply the capacity for doing more work. Because building muscle takes energy, Creatine supplementation and the saturation of Creatine in your body’s stores helps give you more energy when you need it most. Those last few repetitions at maximal power when you are at muscular failure.

What you might not know is that your body transforms the food you eat into chemical energy called Adenosine TriPhosphate (ATP). This energy is stored in cells and is used later for energy.

Creatine is found naturally in foods like beef, pork, herring, salmon, tuna, cod, plaice, trace amounts in shrimp and even small amounts in milk and cranberries.

If you think of ATP as cell’s form of currency, then the power you can deliver during short bouts of intense activity is determined by the size of your muscle’s bank account. Unfortunately, your body can only produce and store so much naturally and it’s storage is not as large as one might want.

Creatine is thus something that the body naturally possesses, stores at relatively high concentrations and uses to increase energy availability, as needed.

Since the store limited, most people can only sustain maximal power for just a few seconds. This is precisely where Creatine supplementation comes into play.

What if your body’s ATP stores could be increased and the muscle cells saturated with ATP? You would have more energy when you need it for longer bouts of intense activity and you could sustain maximal power for a few extra seconds.

Creatine and the Safety for Teenagers

Continually in the news people see the questions about creatine and the safety for teenagers. Especially in high school sports where in some cases the supplement has been banned.

In fact, the best general article to read when it comes to creatine side effects is The Truth About Creatine Side Effects. You’ll certainly understand when you read that creatine article that in general, the side effects of this supplement are minor and usually related to stomach discomfort. This rule applies to “individuals” in general. But I’m getting ahead of myself…

Creatine is not a steroid. Creatine is a naturally occurring substance is generally safe for men, women and teenagers.

Before the teenagers (under 18 crowd) start cheering I’m actually going to state the opposite even though in my own non-medical opinion I feel there’s no peer research to show any negative side effects.

Before I get booed off the stage, please bear in mind that in general (men, women, teens) nutrition and training are 97% of the puzzle and supplements are around 3%. With this in mind, taking or not taking creatine as a teenager is literally going to make very little different in the scheme of things. Ask yourself a question if you are under 18 before you roll your eyes.

Can you answer the following questions? (True or False)

-You know how many calories you need a day to reach your goals?
-You know exactly how much protein you need a day?
-You always have a plan when you workout?
-Your workouts are never boring.
-You’ve never hit a plateau?
-You don’t miss a meal?
-You have short, medium and long term goals?
-Because 99% of teenagers will answer false to at least one of those questions. Mostly questions 1 and 2.

While there’s not any scientific research to conclusively prove that creatine use in teenagers is harmful whatsoever, it’s my belief that while you are under 18 and still growing, there’s no reason to take any sports supplements unless you can answer true to all of the above questions and are responsible enough to follow directions per the supplement and be mature enough to quit if you experience any creatine side effects that you feel are negative.

There’s not a whole lot of good reason to take creatine as a teenager. You’ll get far more benefits as an adult when you’ve had more training experience under your belt and a few more years of solid nutritional fundamentals. The 3% that supplements will make does not outweigh any ‘potential’ creatine side effects you may experience at such a young age.

And while it’s true that science does not prove taking creatine is in any way negative, it’s just a common good practice that individuals who are still growing just focus on a solid nutritional diet and not worry about additional ways to gain a small advantage. 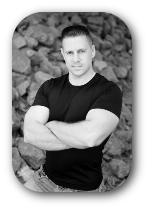 Marc David is an innovative fitness enthusiast and the creator of the “NoBull Bodybuilding System” method on www.nobullbodybuilding.com
He can show you how to reduce your body fat thru diet, how to gain weight or create more muscle thru an abundance of workout tips by training LESS, not more! Once a self-confessed skinny, “135-pound weakling.” Today Marc is a 200 pound bodybuilder who teaches thousands of people to gain weight, build muscle and reduce body fat with a workout and nutrition system so simple that even a complete beginner can understand it! Marc dispels many “bodybuilding myths”, tells you what most people never realize about nutrition, and what the drug companies DON’T WANT YOU to know. Visit www.nobullbodybuilding.com