Working An Expo – Are You Cut Out For It?

May 1, 2018 1:21 pm
Taco Bell beef faked? No more than the rest of the FDA-approved toxic food supply
IronMagLabs Maximum Pump™ – Next Generation of NO2 and Creatine
Muscle building effect of Tongkat Ali shown in animal study
Share on FacebookShare on TwitterShare on LinkedinShare on Pinterest 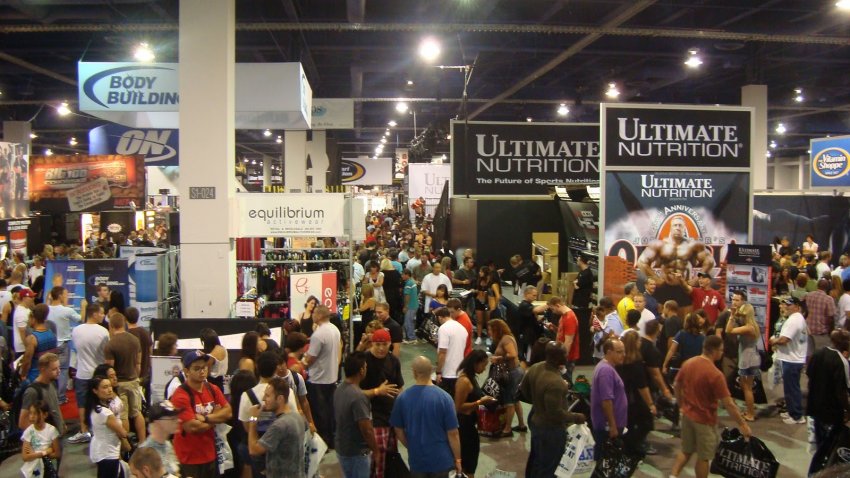 Getting your foot in the fitness industry door is the first step towards making a name for yourself and potentially creating a brand. The #1 most marketable attribute you can have, is being able to work hard, and there’s no better testing ground than a fitness expo. The work is tough, the hours are long, and sometimes the compensation isn’t the greatness. Some companies if booth workers, oh yeah, that’s who this article is written about. I know that many of you probably have delusions of grandeur – it’s ok, so did I, but when you get started, typically it’s as a booth worker. I started out in media, where at first I was writing articles and doing videos without knowing if anyone was reading or watching and for no $. Those days are long behind me, but that’s where I started. If you’re looking to start out as an athlete, with the ultimate goal of landing a supplement deal, then starting out as a booth worker is probably the first gig you’ll get – if you’re lucky! Before I move on with my point about booth worker compensation, I need to take a much needed detour.

Most people look at booth work as grunt work. Some even think they’re doing the company a favor. Let me stress that nine times out of ten, it’s the company doing you a solid. The truth of the matter is, there’s hundreds if not thousands or tens of thousands of people (depending on the size & location of the expo), who buy tickets and support these events. If you do a land a booth job, be positive, upbeat, and thankful. A good attitude will open more doors than six pack abs, believe you me.

Getting back to compensation, many companies offer booth workers either a set number of supplements or a small monetary amount. Compensation is key and you shouldn’t work for free. Working for free sets a bad precedent because once you do it, for whatever reason, others will expect you to do the same for them. Also, free work is considered lackluster by most. You’d think doing free work would win you favor; however, what it ends up is creating doubt in the quality of your craft.

With regards to the booth work itself, days are normally about eight hours with a small time for lunch. Now I know what you’re thinking, what’s 8hrs? How is that different than an typical 9-5 job? Well it’s different in that it can have times of seeming non-stop, in a very fast-paced is environment, where sales can also contribute to your earnings. Some companies will reward booth workers who sell more; others will dismiss those who underperform. Typically expos will last 2-3, sometimes even four days. This is not the type of work for someone, who once hired, sits on their laurels and does little, next to nothing. Your skills will constantly be scrutinized, as well as you interaction with customers.

Customer service is king and what sales approach you take is also noteworthy. Some opt for the hard sale, other go for the soft sell. I prefer the latter to the former, but you still have to fight to make the transaction. They key is to not pressure a prospective customer, but definitely show them that you want to sell. Your biggest test will be difficult customers. There will be people who ask you a million questions, with no intention of buying. If you have a good physique, you’ll have to hear people tell you how (back in the day) they put your physique to shame, your PR’s to shame. If you’re a good sales person, you’ll put on a good smile and keep up the sales pitch. You’ll also deal with vultures, people who only want free items. If the company you work for gives samples, use some discretion. Some companies don’t care if you throw handfuls of samples into a crowd, but others will want the samples to go to people who want to buy (at some point). People will get downright nasty with you if you don’t give them something for nothing. There’s a lion’s share of folks who go to these events, with giant garbage bags, filling them up with samples. They’re the biggest hustlers of all, some even selling what they get for free on eBay once getting home. Finally, there’s customers who will barrage you with questions, some questions that don’t even have a single answer. Their goal – simple and plain – is to troll you.

What??? You thought trolling only happened on message boards? Trolling is alive and well in real-life, only in the expo setting it takes place with people masquerading as customers. To each their own, I suppose, but the best way to deal with these people (again), is solid customer service. If you keep your cool, smile, and maintain a positive vibe, then your fellow booth workers, other customers, and maybe your boss or the owner will see that.

If you subscribe to the fitness industry banter, spoken primarily from people who haven’t a clue about anything, then you’ll believe that booth work is grunt work and that the company’s you work for “owe ya one.” If you’re in the know – or – you want to be in the know, you’ll realize that there’s big money in booth work. If you can do it successfully and impress companies, they will literally fight over you. If you land a gig with one company and they send you all over the country and throughout the world, that could be your niche in the industry, and result in a pretty lucrative payday for you. It can all start from just one booth gig at one expo. It’s the same way some kid works at McDonald’s after school and never leaves – only he’s not just flipping burgers or cutting lettuce, he’s all of a sudden 20 years in, wearing a suit, and sitting in boardrooms. It’s not a fairy tale, but it’s in everyone’s cards either.

If you work hard, the sky’s the limit, whether in fast-food, the service industry, or the bodybuilding world. Some of the biggest name in our industry, who are rich today, didn’t have a pot to piss in growing up. Not only is new money inspiring, but those who strike it big, from nothing, earn a lot more than money, they people’s’ respect.