Can You Gain Muscle Weight Without Getting Fat?

June 21, 2011 6:02 am
How often should I train with weights?
How much muscle mass can I gain?
Muscle Fiber Types Explained
Share on FacebookShare on TwitterShare on LinkedinShare on Pinterest 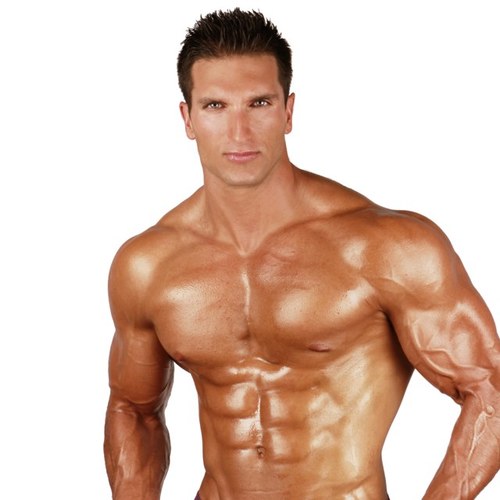 Question:
Can You Gain Muscle Weight Without Getting Fat?

Answer:
There are two common fitness goals – to gain muscle mass and to lose body fat. Unfortunately, for the most part, the two goals are at opposite ends of the spectrum.

Building muscle mass is going to require you to take in a surplus of calories because, well, let’s face it, you can’t build muscle out of nothing (unless of course you have some chemical help going on).

Losing fat mass on the other hand is going to require you to be in a negative calorie balance because that is what will get your body burning off additional body fat as fuel for its tissues.

Striving to accomplish both goals at the same time is rarely a good approach because more than likely you will just end up spinning your wheels and getting nowhere.

Most weight lifters will have to accept some fat gain when they are looking to gain weight, however how much fat gain they need to add is question. It is this variable that we are hoping to influence.

Can you really gain weight without getting fat?

When adding muscle mass there are two approaches you can take.

Some take the approach of just eating as much food as they can possible cram into themselves. Their life suddenly becomes one long 24-hour buffet in their quest for muscle mass as they are under the thinking that the more food that goes in, the more muscle synthesis that will go on.

This thinking is heavily flawed. The body can only assimilate so much muscle tissue at once and after it has done so, any remaining calories are simply going to be stored as body fat. Plain and simple. You my friend, are no exception to the rule.

For those guys who are out there taking in five thousand or more calories per day, this is obviously going to be way more than they need and will result in a considerable amount of unwanted fat weight over a period of three to six months (how long most people will ‘bulk’ for).

The second option is to adopt a more moderate approach and only eat so many additional calories to support this muscle growth and that’s it. This will allow you to hopefully get as much lean tissue gained as possible without the accumulation of a monstrous rise in body fat.

So that leads us to the next question you’re probably wondering. How much muscle can you build? How many calories over maintenance should you be eating?

You’ve probably already heard of the guy who claims he’s added 20 pounds of muscle in the short timeframe of six weeks. While this may be a very rare occurrence among an individual who is brand new to weight lifting, has insanely good genetics and utilized an excellent training and nutritional program, the fact of the matter is that most guys are simply not going to be able to come even close to adding this much muscle tissue.

A natural trained individual can hope to achieve about half a pound to one pound of muscle per week – if he’s doing everything correctly. If he doesn’t have the greatest genetics or isn’t feeding himself optimally, this will decrease even further. So as you can see, at a measly two to four pounds of muscle growth per month, you aren’t going to be needed to eat insanely high calorie intakes.

The higher your intake is, the more you risk putting on additional body fat. As a general rule, keep it to about 250 to 500 calories above maintenance in hopes of putting on mostly muscle without too much body fat. Keep track of your current body fat levels and appearance and if you see that too much of your weight gain is coming on as fat mass, reduce your calorie intake slightly.

It is always best to go by REAL WORLD results since you are in the real world after all. You can read as much as you like as to how many calories you should be eating, but this does not mean that’s going to be the exact number that will produce results. Different people have different metabolisms that will respond to an increase in calories in various ways. So as you go about your bulk, adjust according to the results you are getting.

Remember that the more patient you are with your muscle gains and the slower you go, the more time you can spend adding muscle mass and the less time you have to spend dieting off the additional fat you gained – which as I’m sure many of you already know, is not a pleasant experience.

So next time you decide you are going to do a ‘bulking’ phase, take a slower approach. Not only are you much more likely to maintain a favourable appearance this way but your mind will thank you as well. Nothing kills confidence levels faster than seeing all muscle definition go out the window in a matter of weeks, so keep the weight gain under control so you don’t have to deal with this.