The Use of Aromasin with Tamoxifen During Post Cycle Therapy

June 15, 2010 4:31 am
The Truth About Fat Burners And Hydroxycut
EGCG protects liver and kidneys, and extends life expectancy
How I Stayed On My Diet And Training Program
Share on FacebookShare on TwitterShare on LinkedinShare on Pinterest 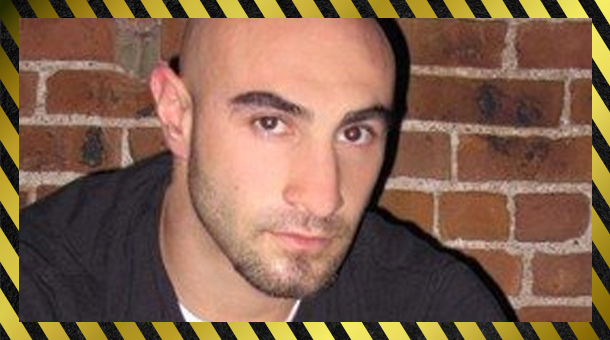 Aromasin (Exemestane) is one of those weird compounds that nobody really knows what to do with. What we generally hear about it makes it very uninteresting…It’s a third generation Aromatase Inhibitor (AI) just like Arimidex (Anastrozole) and Femera (Letrozole). Both of those two drugs are very efficient at stopping the conversion of androgens into estrogen, and since we have them, why bother with Aromasin? It’s a little harder to get than the other two commonly used aromatase inhibitors, because it’s not in high demand, and there’s never been a readily apparent advantage to using it. And I mean…lets face it: It’s awkward-sounding. Aromasin doesn’t have much of a ring to it, and exemestane is even worse. Arimidex has a bunch of cool abbreviations (“A-dex” or just ‘dex) and even Letrozole is just “Letro” to most people. Where’s the cool nickname for

Aromasin/exemestane? A-Sin? E-Stane? It just doesn’t work. It’s the black sheep of AIs. And why do we even need it when we have Letrozole, which is by far the most efficient AI for stopping aromatization (the process by which your body converts testosterone into estrogen)? Letro can reduce estrogen levels by 98% or greater; clinically a dose as low as 100mcgs has been shown to provide maximum aromatase inhibition (2)!

So why would we need any other AIs? Well, first of all, estrogen is necessary for healthy joints (3) as well as a healthy immune system (4). So getting rid of 98% of the estrogen in your body for an extended period of time may not be the best of ideas. This may be useful on an extreme cutting cycle, leading up to a bodybuilding contest, or if you are particularly prone to gyno, but certainly can’t be used safely for extended periods of time without compromising your joints and immune system.

That leaves us with Arimidex, which isn’t as potent as Letrozole, but at .5mgs/day will still get rid of around half (50%) of the estrogen in your body. Problem solved, right? Use Arimidex on your typical cycles, and if you are very prone to gyno or are getting ready for a contest, use Letro.

I think at this point most people are sold on the use of Nolvadex (Tamoxifen Citrate) instead of Clomid for post cycle therapy (PCT), since both compete estrogen at the receptor site, both increase serum test levels, and both drugs may also alter blood lipid profiles favorably (6). But since 20mgs of Tamoxifen is equal to 150mgs of clomid for purposes of testosterone elevation, FSH and LH, but Tamoxifen doesn’t decrease the LH response to LHRH (6) I think most people agree to Nolvadex’s superiority for PCT.

I’ve always been in favor of using Nolvadex during PCT, along with an AI, because reducing estrogen levels has been positively correlated with an increase in testosterone (7) so in my mind, it’s be beneficial to increase testosterone by as many mechanisms as possible while trying to recover your endogenous testosterone levels after a cycle. SO which AI do we use? Letro or A-dex? Well, why don’t we just keep using whichever one we used during the cycle, and add in some Nolvadex? Unfortunately, Nolvadex will significantly reduce the blood plasma levels of both Letrozole as well as Arimidex (8). So if we choose to use one of them with our Nolvadex on PCT, we’re throwing away a bit of money as the Nolvadex will be reducing their effectiveness.

Aromasin, at that dose, will raise your testosterone levels by about 60%, and also help out your free to bound testosterone ratio by lowering levels of Sex Hormone Binding Globulin (SHBG), by about 20% (12) …SHBG is that nasty enzyme that binds to testosterone and renders it useless for building muscle. But what about using it along with Nolvadex for PCT?

To understand why Aromasin may be useful in conjunction with Nolvadex while both Letro and A-dex suffer reduced effectiveness, we’ll need to first understand the differences between a Type-I and Type-II Aromatase Inhibitor. Type I inhibitors (like Aromasin) are actually steroidal compounds, while type II inhibitors (like Letro and A-dex) are non-steroidal drugs. Hence, androgenic side effects are very possible with Type-I AIs, and they should probably be avoided by women. Of course, there are some similarities between the two types of AIs…both type I & type II AIs mimic normal substrates (essentially androgens), allowing them to compete with the substrate for access to the binding site on the aromatase enzyme. After this binding, the next step is where things differ greatly for the two different types of AI’s. In the case of a type-I AI, the noncompetitive inhibitor will bind, and the enzyme initiates a sequence of hydroxylation; this hydroxylation produces an unbreakable covalent bond between the inhibitor and the enzyme protein. Now, enzyme activity is permanently blocked; even if all unattached inhibitor is removed. Aromatase enzyme activity can only be restored by new enzyme synthesis. Now, on the other hand, competitive inhibitors, called type II AI’s, reversibly bind to the active enzyme site, and one of two things can happen: 1.) either no enzyme activity is triggered or 2.) the enzyme is somehow triggered without effect. The type II inhibitor can now actually disassociate from the binding site, eventually allowing renewed competition between the inhibitor and the substrate for binding to the site. This means that the effectiveness of competitive aromatase inhibitors depends on the relative concentrations and affinities of both the inhibitor and the substrate, while this is not so for noncompetitive inhibitors. Aromasin is a type-I inhibitor, meaning that once it has done its job, and deactivated the aromatase enzyme, we don’t need it anymore. Letrozole and Arimidex actually need to remain present to continue their effects. This is possibly why Nolvadex does not alter the pharmacokinetics of Aromasin (11).

Before we close the book on Aromasin, it’s worth noting that you can (and should) still use one of the non-steroidal AIs during your cycle to reduce estrogen, if necessary. When you are ready for PCT, you can then switch over to Aromasin and still experience the full effects of an AI, since there is no cross-over tolerance experienced between steroidal and non-steroidal AIs (9). Since Aromasin is about 65% efficient at suppressing estrogen (10), it’s certainly a very powerful agent, especially considering you won’t experience reduced effectiveness because of your concurrent use of Nolvadex or from any sort of tolerance developed by using other AIs on your cycle(9). There is also a decent amount of preclinical data suggesting that Aromasin has a beneficial effect on bone mineral metabolism that is not seen with non-steroidal agents, and it may also have beneficial effects on lipid metabolism that are not found in the non-steroidal Letro and A-dex (9).

Finally, as we’re going to be using Nolvadex for PCT anyway, and we ought to be using an AI with it for maximum recovery…I think Aromasin- considering it’s compatibility with Nolvadex and beneficial effects on bone mineral content and lipid profile, has finally stopped being the black sheep of AIs and found a home in our cycles. 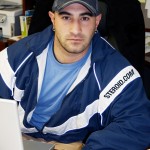 Anthony Roberts has been researching anabolic steroids for over a decade and is the author of “Anabolic Steroids: Ultimate Research Guide,” addition to the ebook “Beyond Steroids,” and is the co-author of the book “Jekyll to Hyde: Physique Transformation from Both sides of the Force.” His latest book, Generation S, is in the final stages of publishing and will be released shortly by ECW Press. Anthony holds a degree from Seton Hall University in English, another degree in Philosophy, and is a current member in good standing of MENSA. His steroid articles have been featured on iSteroids, Steroid.com, EliteFitness, MesoRx, T-Nation, Mind and Muscle, and many other sites. Anthony has designed and developed 4 nutritional supplements, 1 of which became a #1 best seller for Protein Factory. As a trainer and consultant he has helped athletes at all levels of competition, including Professional Bodybuilders, MMA competitors, and Powerlifters.Anthony keeps active in the print world, and has been writing a column for the South African based bodybuilding magazine, Muscle Evolution, for the past several years, focusing on anabolic steroids and other related performance enhancing drugs.Anthony’s Blog: www.anthonyroberts.co.za