July 13, 2010 5:01 am
Can Phil Heath Take Back His Olympia Title in 2019?
Titus Talks
Muscle Beach – New York Style
Share on FacebookShare on TwitterShare on LinkedinShare on Pinterest 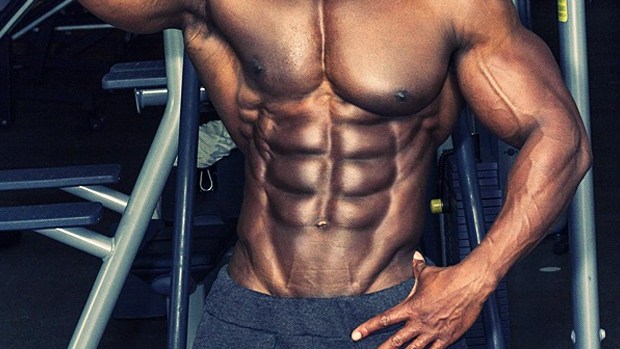 Low carb diet enthusiasts claim their diet is supreme to other methods. They claim their diet offers a metabolic advantage-“metabolic advantages that will allow overweight individuals to eat as many or more calories as they were eating before starting the diet yet still lose pounds and inches” (Atkins, 1992). In addition, advocates claim overproduction of insulin, stimulated by high CHO intake, is the cause of obesity. Other claims include: low carb diets result in weight loss, fat loss, improved body comp, and improved health. Simply put, low carb dieting is superior to other forms of dieting, according to many low carb advocates.

Low carb diets have been shown to improve the conditions previously mentioned, but isn’t it true other diets offer some of the same benefits? And in some cases aren’t low carb diets successful due to calorie manipulation and not some metabolic advantage? Or are low carb diets simply the way to go across the board Alford et al. (1990) manipulated CHO content of low calorie diets (1200 kcal/d) to determine possible effects on body weight and body fat reduction over 10 weeks. Women in each diet group consumed either a low-, medium-, or high-CHO diet. The low-CHO diet was 15% to 25% CHO (75 g/d) (30% protein, 45% fat), the moderate-CHO diet was 45% CHO (10% protein, 35% fat), and the high-CHO diet was 75% CHO (15%protein, 10% fat). Weight loss occurred in all groups, but there was no significant difference in weight loss among the groups. Percent body fat loss, based on underwater weighing was similar among the groups. Alford et al. concluded, “there is no statistically significant effect derived in an overweight adult female population from manipulation of percentage of CHO in a 1200-kcal diet. Weight loss is the result of reduction in caloric intake in proportion to caloric requirements.” (Freedman et al., 2001)

Golay and colleagues (1996) followed 43 obese patients for 6 weeks, who received a low cal diet (1000 kcal), and participated in a structured, multidisciplinary program that included physical activity (2 h/d), nutritional education, and behavioral modification. The diet contained either 15% CHO (37.5 g), or 45% CHO. Protein content of the diets was similar (approx: 30%) and fat made up the difference. After 6 weeks, there was no significant difference in weight loss between the different diet groups. Significant and similar decreases in total body fat and waist-to-hip ratios were seen in both groups.

Wing and colleagues (1995) confined 21 severely obese women to a metabolic ward for 31 days. They were randomly assigned to a non-ketogenic or ketogenic (10 g CHO) liquid formula diet (600 kcals) for 28 days. At end of study weight losses were similar.

“In the short-term, low-CHO ketogenic diets cause a greater loss of body water than body fat.” (Freedman et al. 2001)

“Low-CHO diets are high in fat, especially saturated fat, and cholesterol. They are also high in protein (mainly animal), and provide lower than recommended intakes of vitamin E, vitamin A, thiamin, vitamin B 6, folate, calcium, magnesium, iron, potassium and dietary fiber.” (Freedman et al. 2001). In these instances supplementation is required for proper nutrition.

Low carb advocates claim no hunger is experienced when following a low carb diet. Various studies support this claim, however, not all studies.

Baron and colleagues (1986) found similar complaints of hunger in low CHO and low fat dieters. Rosen and colleagues (1985) found no support for the claim that a minimal CHO, protein-supplemented fast decreased appetite in comparison with an isocaloric CHO- containing diet that minimized ketosis. The idea that eating an ad-lib low carb diet leads to decreased calorie consumption in everyone is a logical fallacy- Hasty Generalization.

Do other diets decrease hunger?

Is overproduction of insulin, driven by CHO consumption, the primary cause of obesity?

Golay et. al. (1996) showed that subjects consuming 15% CHO had significantly lower insulin levels compared with those consuming 45% CHO, yet there was no difference in weight loss between the groups. “Grey and Kipnis [1971] studied 10 obese patients who were fed hypocaloric (1500 kcal/d) liquid-formula diets containing either 72% or 0% CHO for 4 weeks before switching to the other diet. A significant reduction in basal plasma insulin levels was noted when subjects ingested the hypocaloric formula devoid of CHO. Refeeding the hypocaloric, high-CHO formula resulted in a marked increase in the basal plasma insulin. However, patients lost 0.75 to 2.0 kg/wk irrespective of caloric distribution.” (Freedman et al. 2001)

This is what nutritionist & author Anthony Colpo had to say (They’re All Mad, pg. 14):

“[T] ake a close look at the studies in which the low-carb diet caused greater reductions in insulin. Despite the marked differences in insulin output, there was no difference in weight or fat loss! Among the metabolic ward studies, the trials by Grey and Kipnis, Golay et al, Miyashita et al, and Stimson et al all found greater reductions in insulin on the isocaloric low-carb diets – but no difference in fat loss … . Among the free-living studies, Golay et al, Torbay et al, Noakes et al, and Meckling et al all found greater reductions in insulin on the low-carb diets – but again, no difference in fat loss… . The participants in these free-living studies were given dietary advice intended to make the high- and low-carbs isocaloric. If insulin, and not calories, was the key factor in fat loss, then there should have been a clear and decisive advantage to the lower-carb group every single time. There wasn’t. The reason for this is that the insulin-makes-you-fat theory is rubbish. It is calories, not insulin, that determine whether or not you will lose fat.”

Furthermore, insulin plays an indirect role in body regulation through Leptin stimulation. Both of these hormones are transported in the CNS, where they may interact with neuropeptides that affect food intake. Decreased leptin levels have been shown to be related to increased hunger sensations (Keim et al. 1998). Freedman and colleagues (2001) said, “Increased insulin secretion has been suggested to protect against weight gain in humans [Schwartz 1995]. Because insulin also stimulates leptin production, which acts centrally to reduce energy intake and increase energy expenditure, decreased insulin and leptin production during the consumption of high-fat diets could help contribute to the obesity promoting effects of dietary fat [… Astrup, 2000].”

“Plasma TG levels also decrease with weight loss’. ‘Although they increase in response to short-term consumption of a VLF, high-CHO diet [1998 Lichtenstein & Van Horn], the type of CHO consumed must be considered. High-fiber foods, including vegetables and legumes, do not lead to hypertriglyceridemia [Anderson et al. 1980], and may easily be incorporated into moderate-fat, balanced nutrient reduction diets to help normalize plasma TG levels.”

In addition: When body weight decreases so does insulin and leptin levels. Blood pressure drops with weight loss, regardless of diet composition.

Sports nutritionist, Alan Aragon had this to say:

Furthermore, the majority of the research compares dietary extremes (high-carb/low-fat/low-protein versus low-carb/high-fat/moderate protein). The funny part is, the majority of long-term trials (12 months or more) STILL fail to show a significant weight loss difference. Note that these trials use the sedentary obese, so in the fit population, any weight loss differences would be even more miniscule. Once again, keep in mind that the lack of significant difference in weight loss is seen despite unequal protein intakes between treatments.

There’s a large middle ground here that tends to get ignored by the ‘metabolic advantage’ folks, who are incorrect to begin with. It’s always either-or for them, when in fact, individual carbohydrate demands vary widely. For some folks, low-carb is warranted. For others, it isn’t. It always amazes me how hard that concept is to grasp for low-carb absolutists.

What I find to be a common thread among people who deny that individual carbohydrate requirements vary widely is a lack of client experience, particularly with different types of athletes. The minute someone says that EVERYONE should severely restrict carbohydrate, it’s obvious that you’re dealing with a cherry-picking low-carb zealot who is unfamiliar with the totality of research evidence, and has limited field experience.”

There is a plethora of scientific literature showing the benefits of low carb dieting. There is also a plethora of data showing benefits from other types of diets. Which is better? It depends.

1. Alford BB, et al. (1990). The effects of variation in carbohydrate, protein, and fat content of the diet upon weight loss, blood values, and nutrient intake of adult obese women. J AM Diet Assoc. 90:534-40.