Are You Caught Up In A Cycle Of Fat Loss and Fitness Confusion? 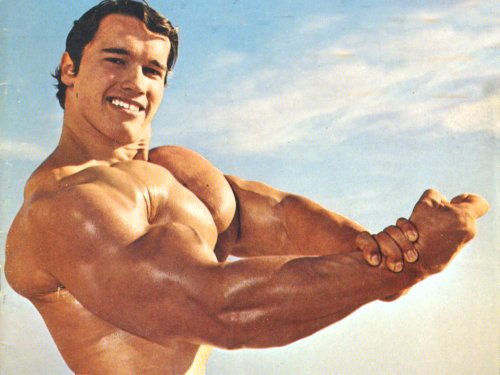 As a member of a popular fitness center for a few years, I noticed countless others frustrated with their fat burning exercise routines and eating practices, working so hard and long but with virtually no improvement to show for it. Several of my own friends and relatives would mention this new program or product they had just shelled out cash for that was the answer to their fat loss or fitness goals. They were so excited about it and couldn’t wait to get started.

Then, a few weeks later, the same happy-go-lucky people that were once jumping with joy about their new plan to burn fat and get a new body became downright discouraged. It was hard to watch.

I’d ask them how their fat burning plan was working and they’d tell me that it seemed pretty good at first, but they didn’t get the results they were expecting or they felt were promised. They quickly became tired of following the daily workouts and found following the strict eating guidelines almost maddening at times. So they hopped onto the next plan.

Even worse, they became so frustrated with following these so-called exercise gurus’ programs, that they fell even deeper into unhealthy eating habits once they stopped the program. Binging became their only form of satisfaction. Forget about maximum fat burning, and talk about moving in the wrong direction.

What’s worse is that all of these people were following the typically recommended exercise and fad diets that were all the rage. They were doing what everyone else was doing to burn fat fast.

After speaking with many of these friends and inquiring about their exercise routines, I noticed one common theme that kept popping up in our discussions…they were focused on the short term…their approach was wrong. They weren’t thinking of lifelong health and fitness, but instead they were thinking about burning fat and getting in shape for “swimsuit season”.

More specifically, they were also performing their exercise in a less than optimal manner. And then I noticed this with many others at the fitness center I worked out in. They just seemed to lack the fire or intensity in their fat burning workouts which I knew could turn their programs from nothing to something literally overnight.

But you know, you can hardly blame them, and you certainly shouldn’t blame yourself if you’ve fallen into the cycle of fad exercise and diet programs. We all want to achieve what we know in our hearts we’re capable of so badly, and that’s why we’re such easy prey to this “get fit quick” mentality.

Most people are approaching health and fitness in the exact opposite way that they should be, and they’re not going to burn fat because of it. If you continually think of using exercise and nutrition as ways to lose a couple of pounds, or get in shape for summer, you’re going to be disappointed with your results.

What all of these approaches will do, is put you into the fat burning and fitness cycle of confusion that so many are stuck in these days. If instead, you choose to forget what you thought you knew, and start off with the right approach, the approach that focuses on making changes in your lifestyle long term, you’ll instantly improve your results by 1000%.

When your approach includes combining proper exercise that takes very little of your time, nutrition the way nature intended you to eat that is simple to understand and follow, and the rest and recovery that is vital to lifelong vitality and energy, you’ll experience an awakening of both body and mind. Plus you’ll burn more fat, too.

If you choose the path most often taken by those looking to improve upon them selves, you’ll most likely end up like most of them. Confused, frustrated, unhappy, burnt out, injured, sick, or worse. Did I mention very uhappy with their fat burning progress as well?

Instead, you can choose to embrace a lifestyle that includes brief, progressive, and intense resistance training, eating a diet full of nutrient rich foods, drinking tons of water, and getting plenty of quality sleep and rest. But know that when you do so, you’ll be joining the select few who understand that one of the true secrets to life long fat burning and fitness is not found on a fad diet or in a bottle on the shelf of your local health store.

If you’d like to take your fat burning, health and fitness success to the next level, and you haven’t read my Fat Burning Furnace eBook yet, then you need to go and do that right now: www.fatburningfurnace.com 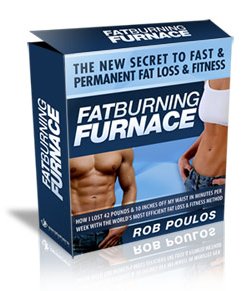 ___________________________________________________________________________
Rob Poulos is a fitness enthusiast and expert, and the founder and CEO of Zero to Hero Fitness. Rob spent the majority of the last decade searching for the most effective and efficient ways to get and stay lean, strong, and healthy. In those past 10 years, Rob experimented with and analyzed numerous exercise and nutrition strategies and protocols promoted by fitness centers, magazines, books, late night TV ads, and the so-called fitness gurus. After several attempts that didn’t meet the high standards Rob had set for himself, he became so frustrated with the loads of misinformation on the market that he personally committed to finding the secrets that were hidden in all of the hype and sensationalism all to prevalent in the industry. Finally, after having amassed a great deal of life-changing knowledge and truths, Rob founded Zero to Hero Fitness and created the Fat Burning Furnace fitness system so he could spread the word to others interested in seeking out life long fitness and health. Now everyone, regardless of their current or past failures with fitness, can enjoy a lean and healthy lifestyle with simple but proven methods.