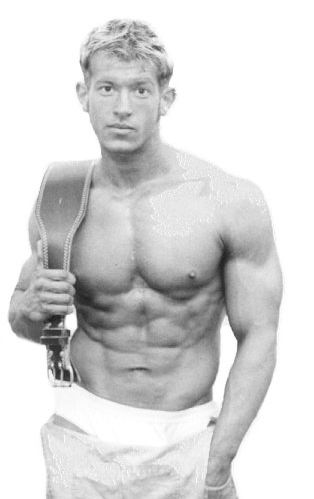 If you have turned to this page in the hope that you will be able to pick up the latest methods of taking insulin whilst training, then I am afraid that you are going to be greatley disappointed indeed. I am sorry, you have not been misled, hence the reason for this explanation at the beginning of this chapter.My point? Well, I have been in this sport for many many years now and I am proud to say (touching wood at this moment) I have NEVER in all that time had any serious problems with taking steroids that could be regarded as news.

The odd spotty zit, a lack of the old hardy har har, a headache from the tablets that a once spunk bubble of an arse hole dealer sold me years ago, that turned out to be something from his mums medicine cabinet throw out day (he ended up eating them all), but really nothing at to be bothered about.

(Ahem – please read the next few lines a couple of times as it is a JOKE and I want you to ***** well understand that please – thank you!)

I have had more pricks (needles people) in my arse than a second hand dartboard and Old Mother Hubbards pin cushion!(End of joke!)

Steroids, yep I know them just about as good as anyone around this shit tip world and that is a fact. Most of ’em know the scientific names off by heart better than me any day and can even recite their basic molecular structure whilst snapping their knackers together like a pair of Spanish maracas (spell?) but really, look at the picture of my face my friend! Does it look as if I give a *****?

I know what most gears feel like and what they do when they are in the body, what combinations and how they react in almost ALL cycles and stacks.

Because I have took them, trained on them for myself and hundreds of champs over the world. Hey, anyone can read a book and learn a word or two – agree?

What I can say is that I have not taken this insulin shit and trained on it. You can now ask yourselves how can he comment about it? I can, simply because I have seen so many people try and get their levels as close to the norm as possible.

It is my own opinion and I am not giving you advice on how to take it, I am saying that if you do, then here are the problems that CAN occur – and do! I don’t know the totally correct or indeed safest way to advise on something that can cause so much problems to a healthy body when there is no need for it at all.

Like many other people, I would seek the BEST advice possible if I could. Even then, could I be that sure?

Of course not – that is why the margins are so small. Too risky me old sparras. Why ***** up the blood sugar level that is most likely working perfectly well?

You have no idea how quick you can die using this shit IF you get it wrong. What price low fat?

I know the next thoughts of the anti-steroid league even before they have finished reading this bit. Could it be something like, “How can he say that about insulin for instance when he (and many others like him) pump themselves full of the steroid shit that they do?”

Easy really, please tell me why the streets are not lined with dead bodybuilders who have DIRECTLY died as a result of taking steroids? Anyone’s hand up? Thought not. Now piss off please! Line up the heroin has beens and ‘are nows will ya?.This should be fun.

There has been, however, many unfortunate people who have died as a result of taking OTHER shit ALONG with steroids and we all know it. The press get a hold of it and it’s bye bye bodybuilding reputation once again. As we are about to look at the insulin problem as we know it now, I can say that there has been quite a few deaths because of it and yet we only get to know about it when a bodybuilder dies!

Steroids were said to be so bad for us long ago even before anyone they had really tested them. They also said that we would suffer in time to come as we bodybuilders did not know what the long term side effects of steroids would be.

Apparently, we were to suffer and find out ourselves in time. I think the ***** who said that was writing the paper with his top lip stapled up. He or she, wrote it so long ago that I don’t think that there has been anything on this planet that has had more of a chance to wait for bad side effects than steroids have.

Oh by the way, during the time that they were waiting to laugh there bollocks of at us and see us mutate into big bollocked crazy, headed psychotic sex crazed maniacs; steroids have been healing people as well for all these years.

What a shit side effect eh?

Ah well, I must away and check the size of my gonads and also get on with the task of explaining to you lot how easy it is for you to drop down dead quicker than a whores knickers if you are stupid enough to use insulin. Here we go……

Millions of people around the world who suffer from Diabetes, rely on insulin every day in order to keep them alive. They need this because Diabetes occurs when the gland that lies behind the stomach, called the pancreas, fails to produce sufficient insulin which is needed to handle the starches and sugars (carbs) that we eat.

These in turn are broken down to a sugar substance called glucose; insulin is needed to convert glucose to energy. If our bodies cannot produce it naturally, then many problems can occur.

Please bear with me whilst I try and explain the care that diabetics HAVE to take in order to live an ordinary day to day life AND stay alive.

Basically what happens is that without the necessary amounts of insulin required, the levels of glucose in the blood rises and actually spills over into the urine which in turn causes large volumes of urine to be passed.

The body, not being able to convert the glucose to energy, then becomes excessively tired. If this problem is not treated with insulin, several other symptoms then can follow immediately which usually are: extreme thirst, vomiting and drowsiness for a start.

The extreme problem that diabetics have to watch out for is a ‘Hypo’ or an Insulin Reaction. ‘Hypo’ is short for hypoglycaemia which actually means ‘low blood sugar’. I have been told that ‘Hypos’ can actually occur for no apparent reason but are mainly brought on if a sufferer also either does one or more of the following:

* Takes more exercise than they normally would.
* Eat less than the correct dietary allowance required.
* Miss or postpone a meal or snack.
* INJECT THE WRONG DOSE OF INSULIN!

I feel that this section is so important that all of the other symptoms need highlighting also. These can be as follows:

I have highlighted the fourth reason in the ‘Hypos Dangers’section purely for the bodybuilders alone. Not to imply that the 1, 2 and 3 are no less important to diabetics, but they are NOT as important to non-diabetics as is the last one to us (or any other non-diabetic sufferer of course).

The main reason for this section on insulin and it’s use in this sport is to explain simply that hypoglycaemia can be caused simply by getting the dosage WRONG!

One other terrible side effects from an incorrect dosage of insulin is that you could slip into a coma from which death can also occur. With the greatest of respect to all those who suffer from Diabetes, I have learned longer.

It is as simple as this, if your calculations are wrong by the slightest margins you can die – period! You could fall into a coma and also die, the margin of error is that close.

Finally, you must consider this.

I am sorry if I have disappointed you but I cannot advise on something that I know personally we do not need in this sport. The risks are too high. Even if you were to consult your local G.P. and ask for advise on the use of insulin whilst bodybuilding, he too would not be able to be that accurate.Should the pro’s deem it necessary, then that is up to them. To be honest, life at the top cannot be that good especially when living on borrowed time is not an option. Layman’s Guides to Steroids –
Episode III: Return of the Syringe by Mick Hart